Last night I had the opportunity to sit on the panel of a Community Violence Prevention Discussion for college students and community members. Among a few of the things discussed were the root causes of violence, existing programs and resources, the role of key government officials, and the relationships amongst people in the community as well as the police. However, one youth’s question stood out the most because it seems to be a continual reminder of the state of paralysis that many often feel. “With the fact that the problem of violence seems so big, what can we really do?”

It is my hope that people are seeing that there is not ONLY one specific action that people can do. There are many things and a variety of ways that people have and can begin to transform what we are seeing in our communities.

I first began by expanding on one of the biggest root causes because in order to effectively impact an issue you must first learn and understand it, which includes studying the history of it. The fact that our American society was founded on the principals of and has perpetuated violence is one of main things that needs to be addressed. From the killing and treatment of Native Americans over this land, the slavery of Africans to work and build this nation, the treatment of various immigrants be it Japanese (WWII), Muslims (post-911), and Mexican and Latino (over borders and jobs), our country continues to embrace violence and non-peaceful tactics in dealing with conflict and differences. One of the main things to look at is our attitudes and the laws and means to maintain them can no longer be held as a priority over equality, our youth, our elderly, education, and the like. From the top down, we have to pay attention to politicians and those in key positions (judges, state representatives, presidential candidates) that are speaking the language of change versus the language of violence, opposition and difference. One of the key things many of us can do is register to vote, become informed and use the power of voting.

Now, I can empathize with many who may not believe in the current structure. Some don’t believe that voting will help or change anything because they have no faith in the American system. Well, if you don’t utilize your voice and your vote, it definitely won’t. Studying Marcus Garvey, socialism, communism, and a variety of other schools of thought, I’ve come to understand and embrace that there are multiples ways of doing things and no one way is perfect and the only answer. Why not work both within the system and trying to change our pitfalls, as well as think of creative ways beyond it.

With that said, we have seen a variety of ways that people are taking a stand for the violence that we are seeing, including: protests, organizing and campaigns to change everything from gun laws to police enforcement and governmental policies, vigils and prayers, mentoring youth, programs that provide safe havens for youth and communities, looking at countries that have minimal conflicts/violence and educating and embracing similar practices, music and media that spread messages about the community and seek to enlighten and empower people, and much more.

In response to the young man that asked the question about what he could do, I felt compelled to ask him to focus on his current interests, gifts and abilities. We all have things we are passionate about and can be used to address the violence in our community.

Most of us know Joakim Noah as a basketball player who plays for the Chicago Bulls. Even an athlete like him can effect change. Not only does he have his own organization, Noah’s Arc Foundation, and a #RockYourDrop initiative, but him, Derrick Rose, Tahj Gibson, and other players get involved with Peace Tournaments in the city of Chicago focusing on having an avenue for young men and women to use their talent for playing basketball to spread a message of peace in our streets versus picking up guns. 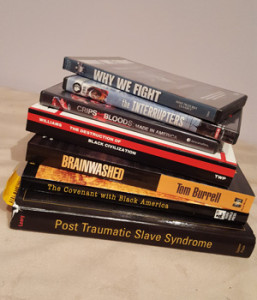 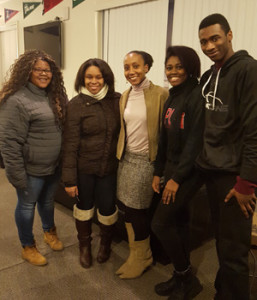 Catching up with a few college students I’ve been blessed to work with.

A young college student, Patrice, at the beginning of our discussion, shared a spoken word piece “A Letter To Obama”, which spoke to her frustration, need for change, and reaching out to our President to address violence and not wanting to see another person senselessly killed. I encourage her to post a video of her piece, because even in sharing this creative outlet, she gives voice to the change she wants to see and has the ability to move and inspire others.

I also want to encourage that we stop tearing down each other and what we feel won’t work. What may not be for you, may be for someone else. Each of us has a distinctive role that we can play and is not meant to be the same. Instead of perpetuating the divide-and-conquer, coming together to discuss our differences, what offenses we have feel, and having an open mind & heart, empathy, a willingness to be understanding is key to having a sense of unity around an issue that impacts us all.

In conclusion, I’m going to continue to encourage all of us to use our unique abilities be it mentoring, volunteering for after school programs, talking to the young men and women in our communities, revamping block clubs and getting to know and embrace people in our neighborhoods, running for office, helping ex-felons get re-acclimated in order to succeed, educating and programs that focus on positive conflict resolution (like Cure Violence & CeaseFire), participating in community meetings and hearings to keep people in office accountable, and so much more.

The worst thing you can do is to sit back and do nothing and if you need or want a list of organizations or ideas for how you can get involved, please feel free to email me at fredinyashia@f7ln.com.

Be encouraged as there is so much that YOU can do!