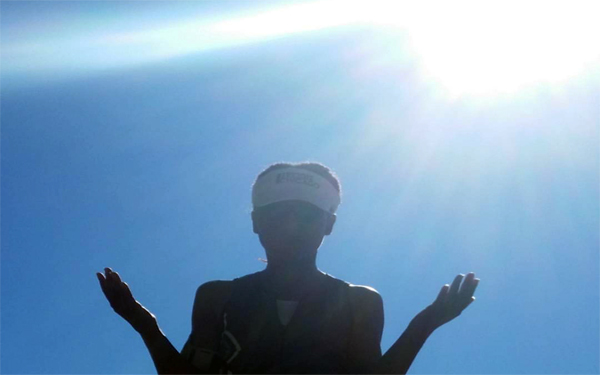 This past Sunday was an amazing and powerful day for me. Not to say every day isn’t already amazing, as I feel any day I wake up in the morning I’m just grateful to see another day, however, this Sunday had a silent powerful movement that I just wanted to share. Even though this day consisted of my 2nd race of my indoor season and I had a pretty good one, it was not exactly the event that moved me so much.

This past October, I left a position of importance in which I served for the last 2 years. Though it was not the first time I’ve done so (in 2003 I left a company to start my own businesses), this time I was somewhat hesitant. A few months prior I felt that it had been time for me to serve in a different capacity and that in my role I was not able to fully fulfill on my purpose. It had not been clear as to what was next (in many ways the full picture is still not quite clear) so I waited. To be honest, I was waiting in hopes that what was next would be revealed and I would know exactly what to do.

Well, it didn’t happen but various forces surrounding me kept revealing that it was time for me to stop. Perhaps with all the noise of my life going on I would not be able to receive what was next until I took that next step and would be able to be still and hear where God was going to lead me. So, I decided to be obedient, put my trust in Him and be ok with not knowing, and resigned.

Over the last few months since then I’ve actually been blessed to take time to really deal with my feelings about my dad’s passing, enjoy family, do the things I know are in line with my passion and purpose including my triathlons, ministry, this blog, creating, and beyond.

Of course the reality of challenging situations have come up, making for times of nervousness and just wondering how to handle it when as I’ve stated, things are still unclear. This past week was one of those times as different situations began coming up and I have had no idea how I was going to deal with certain things. For example, all of a sudden I needed some work done on my car which became an unexpected expense I didn’t anticipate.

I’m not a worrier, however, I am a doer, a mover and a shaker. Yet, I still haven’t had things lined up to be able to address these various situations. At times it makes me feel horrible, my pride as a grown woman is hurt and I’m not the best at asking for help though I’m learning. My favorite scripture over the years has been Psalm 46:10, “Be still and know that I’m God”. There are times like these when it doesn’t seem to make sense, but I’ve learned it’s not always about what I can or need or want to do. We have to know when to listen, be still, be obedient, and just trust God. No, I’m not saying to use this as a way to be lazy and we are to be fruitful and productive, however, there is a time to listen and a time to sow… In listening and growing close to God, He will reveal when it’s time for us to DO something, as well as what. And there are still times to know the difference between how he will use our hands to do something or He will simply provide allowing us to behold His greatness.

Well, in the midst of prayer & being still, last week and then early Sunday morning I received a blessing that moved me to tears. A way was provided to address the concerns I had about my car expenses and so many other things I didn’t know how I was going to handle. In my car right before going in for my race, emotions just flowed because it was just a reminder of how amazing God is. My devotion for Sunday was Deuteronomy 31:6, “Be strong and courageous. Do not be afraid or terrified because of them, for the Lord your God goes with you; he will never leave you nor forsake you”. Yes, I had a praise moment!  I’ve long known that, but it’s nothing like continue to see God at work and it continually amazes and moves me deeply.

No, I still don’t have a complete picture of my path and all the next things for me as to where my life will lead, but I’m learning to be at ease with the not knowing and trusting that even in the unknown I will not only be ok, but be blessed and able to bless others, which is why I share this experience with you. For those that may be seeking direction, feeling uncertain, unclear or stressed about unknown circumstances, just know that in His timing, it will be revealed, and until then, be strong, God’s got us.

Have a blessed week!