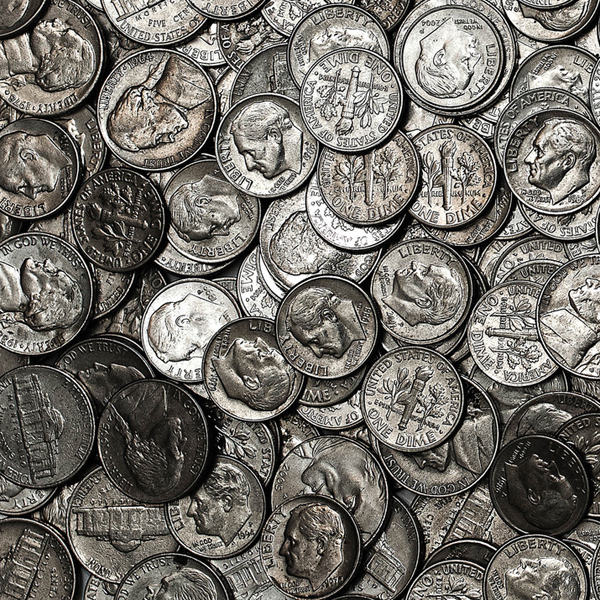 I’m sure I’m not the only one that feels this project should be labeled with the following:


WARNING: Playing this album will blow your mind…as well as your speakers!!

Out the gate, 14KT comes hard-hitting, raw and edgy with ‘Five To Ten’ not only in beat but in verse. Musically, as well as lyrically, you feel as though he has gotten a lot off his chest. Heck, after listening even I felt a sense of relief like some serious energy has been released. And I know many a producer, musician, artist can relate to the content that he spits about being, as the project is entitled, ‘nickel & dimed’. Since not as often displayed as when laying it down on projects with his Athletic Mic League crew, it’s exciting to hear him bring his lyrical talent to this project.

If you didn’t already know, 14KT has a flair for impeccably flippin’ the heck out of a 90s jam. He’s the King of it and rightly so, as you can hear on ‘Right So’.

Let the headnods continue into ‘Imonit!’. If you’ve followed 14KT’s music, you may have heard this one before but this is one of those joints you hear and fall in love with it all over again. This was probably one of the first beats of his I ever heard and was really glad it made this project as it is so fitting.

The words “experimental” or “ambient” may come to mind as the album eases into the sounds of ‘Streamin’ and ‘Rosey Posey’, however, 14KT continues to show us the depth and multi-dimensional aspects of his creativity. Known for some serious slammin beats, there is an additional musicality, mood stimulating sounds, and various elements of how he creates and mixes that are simply amazing, of which you continue to hear in the songs, ‘Your Future’ and ‘Tri-City (Pep Rally)’.

And as you continue to play, let me just say, ‘Go There’….yeah, he really did! First of all, let’s just note the date, February 2, 2012. To watch the birth of, as many producers affectionately call a track or project, their baby is amazing. And if you have not had the pleasure of a 14KhopThursday, I say FB, tweet, email him to bring it back, because with that cut as a result, we need that on the regular! Even that day it was a trip, like really? Old McDonald? But in true fashion..only 14KT, right! If you were not there to see, check it out!

By the time you get to ‘Packin Heat (Acap Outta Acap)’, you have to do a serious pause. Did he just pack 3 different sounds/tempos (a slow acappella into a uptempo club beat into a midtempo rhythmic beat) all in one song, seamlessly??!!

The track, ‘Toris’ is reminiscent of his “A Friendly Game Of KT” release (December 2011), which is also a beautiful project that you would want to have.

Given the opportunity to ‘test drive’ some of the tracks from this release over the last month, ‘Lincoln Lux’ definitely sets the tone as a smooth and classy-styled track. You simply can’t put 14KT in a box by labeling his music as only “hip hop”, “r&b”, “urban”, or “underground”.

‘Crystal Figurines’ & ‘Slo Swerve’ are two tracks that pack that ‘dopeness’ that artists love (as 14KT eloquently puts it) so much that they’d grab it and you hear them rappin’ over it. So, it’s so perfect that he already has artists that he loves and respects (as so do many of us) blessing them with their own lyrics. ‘Crown (ft. Black Milk & Med)’ and ‘Slo Swerve (ft. Jamall Bufford & JMSN)’ couldn’t have been better choices to lay down their lyrical finesse on this project, along with features by Ozay Moore, Blu, Kokane, and Ab. (NOTE: to all other lyricists and artists..don’t even try it. No remaking, doing your own version, posting or selling. Cop it..ahem, BUY it, listen and learn…no #nickel&diming)

Overall, “Nickel & Dimed” is a phenomenal body of work that demonstrates 14KT’s in a league of his own…”a beautiful gift from the beautifully gifted”.

So make sure to get it via Itunes or on cd and vinyl.