I was recently nominated to participate in a 10-Day Movie Challenge on Facebook by a college buddy. Ok, it’s taken a few weeks for me to have a moment to accept, but I thought to make this a post for a key reason. First, let me say that the challenge is to post 1 image per day for 10 days with no explanation from movies that had an impact on me, as well as to nominate someone else each day. After reflecting on a few movies, I decided to blog about it to share why I chose these movies, as most of them are symbolic in representing 1) my perspective on aspects of life, 2) people and things I’m passionate about, and 3) in some ways my personality and experiences. So, let me go ahead and jump in… (Note: these are in no particular order)

Including wanting to ride on Falcor myself, this movie was one of the most impressionable movies of my childhood. With so many impactful messages, even watching this as an adult, it proves to be inspiring. I recall as a child the story-line encouraging imagination and dreams, as well as, my love for reading. However, the underlying messages of “not giving up”, “knowing you are never alone”, “the power of spoken words and speaking it into existing”, and “doing whatever you dream” planted seeds in me. 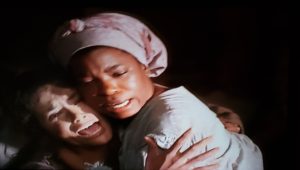 This adaptation of the novel based on the life of Queen Jackson Haley, Alex Haley’s paternal grandmother has probably been one of the most profound movies to shape my perception of slavery’s impact and precursor to what we see today in the portrayal of black women, interracial relationships, and the black family dynamics. It is the reason why for the longest time I refused to watch the tv show Scandal, as well as other shows. It provided a baseline for my critique of the messaging and propaganda we see in media today, as well as the lack there of, of varying depictions of African American culture. Trust me we can have a real in-dept conversation about this movie and its correlation to society today. 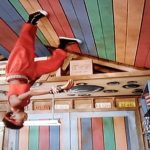 Electric Boogaloo: Breakin 2
Ok, I will be the first to admit, that there are arguably more culturally conscious movies depicting elements of hip hop, like breakdancing, graffiti, and the like, with Beat Street, Krush Groove, Colors and Do The Right Thang, to name a few. And perhaps living in the suburbs between 2 worlds of attending predominantly white schools and growing up in a Black neighborhood was the reason I seem to love Breakin 2. I mean EVERY time I went to my cousins house, who had the movie, I watched it…lol. I also think because I was so little and it was a feel good, as well as I had been taking ballet, tap and other forms of dance so I could relate to the lead female Kelly, it was part of why I enjoyed the movie so much. 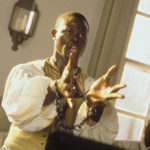 When I was 16 years old, my interest in my family tree led me to become in some ways our family historian. Tracking and gathering information on cousins, aunts, uncles, grandparents was something to which I was dedicated. A few years later, after watching Amistad and the connection to our homeland, it stirred a resurgence in my desire to see how far back I could go to track my family origins. The story of Cinque not only painted a picture for me of various countries involvement in the slave trade (Spain, England, Mexico, US) and the intertwining of people and cultures, African, Puerto Rican, Native American, African American, and more, but also instilled in me a desire to travel to Africa, specifically Ethiopia, to see and know more. 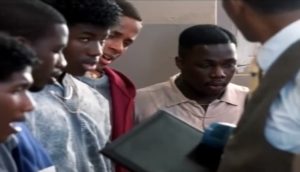 Lean On Me
It’s difficult for me to choose any 1 favorite of almost anything, however, this movie comes pretty close to being a favorite of mine. So much so, it is one of the reasons Morgan Freeman is my favorite actor. My parents were both Chicago Public School teachers, and my father, though he was no “Crazy Joe”, he was a well respected teacher in how he managed his classroom anf his understanding of how to educate Black children. He could have been a principal if he had chosen that route. When I was young, I once told my dad he should and he responded with “they’d fire me after 1 week”. Being unconventional and nontraditional spoke to me in many ways like how Joe Clark impacted his school. To this day, I’m so moved when I watch my favorite scene when the young men sing the East Side High School song in the bathroom.

Hidden Figures
Though already a mature adult the day of its release, it’s impact was not so much for me, but for what I have longed to see more. I grew up watching Wonder Woman and the Bionic Woman on tv and though they depicted strong women, they did not look like me. And being a person who has loved math and science, which was not encouraged for girls/women, it definitely wasn’t promoted for African American girls and women. To see a film depicting brilliant, intelligent, and strong women who were among the team that made one of our country’s greatest achievements possible was a moment of pride. And to have this film in my repertoire to share with upcoming girls and young ladies, as well as to hopefully see more images as well as stories of our hidden contributions is priceless. 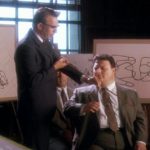 Not many know, but you can call out the conspiracy theorist in me because of this movie. JFK was eye-opening for me. After seeing it, I read and studied the book. This is one movie I had watched so many times thinking how could the American public at the time believe this “magic bullet” theory. And yet, it didn’t stop there. This movie launch my searches, viewing, and assessments of the killing of Dr. King, Malcolm X, Medgar Evars, Bobby Kennedy, and especially 9/11 documentaries and films. Thank you History Channel, A&E, PBS, Youtube, Netflix, and more. I guess there is no harm in posting, because I honestly believe the FBI/CIA track my online viewing anyway, so they know how many 9/11 and other documentaries I still watch to this day. And just so it’s stated, I’m not a terrorist or studying to be. I’m someone who seriously questions various entities in power, their motives, and their ability to act out hidden agendas, even if it means destroying vast numbers of people. I’ve grown skeptical of the management of our food industry, health industry, FDA, NCR and more, and it began with the film, JFK. 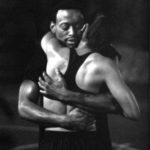 Love & Basketball
It seems a lot of Black women I know liked Love and Basketball. Many have called it a favorite. With a variety of romance, sports, and a 90s flavor, I can see why. I can say I liked this as well, however, this movie impacted me for a very different reason. This movie was released right after the end of over a 4 year relationship with my first love and the man I thought I was going to marry. Oddly enough you’d think I wouldn’t want to see a movie with a love story at that time. After talks of marriage and a hiatus which led to an ending with no reason or closure, I was left in shock, hurt, and numb. I believe watching the movie, though gave me a hope for love in my future, it tapped into that numbness so I can begin the process of grieving and then healing. 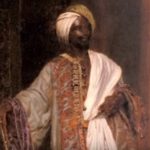 I’ve spent over the last almost 20 years reading books from historians, professors, lecturers, and more like, Josef Ben Jochannan, Chancellor Williams, Anthony Browder, Barashango, and others, after seeing how most of our history as Black people, especially that which illuminates our highest potential, was before slavery. Unfortunately, many of us are not aware, accepting or seeking that fact. The fact that we are still fed limited or misinformation in schools, as well as most representation and knowledge of a more complete picture of Black, African and African American history is not widely promoted, to see the release of Hidden Colors I, II, III & IV, I found to be a true treasure. For those that haven’t read such pre-mentioned books, this documentary series shines a light on many of the accomplishments, depictions, events, from “our” story and perception. Having had the opportunity to screen portions of the first of the series to a group of 7th graders was impactful for them to learn stories never shared with them before. It allowed them to learn how powerful of a people we have been, truly are, and can continue to be, yet in determining our future, we must know and embrace our past. 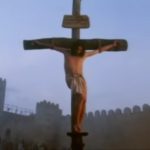 To say that the story of our Lord and Savior is an epic one is an understatement, yet to have seen this movie depicting the life of one who I read about growing up left a significant imprint on my life. From biblical reading, to church bible study, to attending Catholic school from 1st through 12th grade, the film gave a powerful visual depiction of what I read & grew faith in since I was a child. It has served as a reminder of how much God loves us, his willing and sacrifice to become human to save us, the example he was/is, and the hope for days ahead and transition to after the journey of life on this earth is over. This movie is one I still watch from time to time to this day.