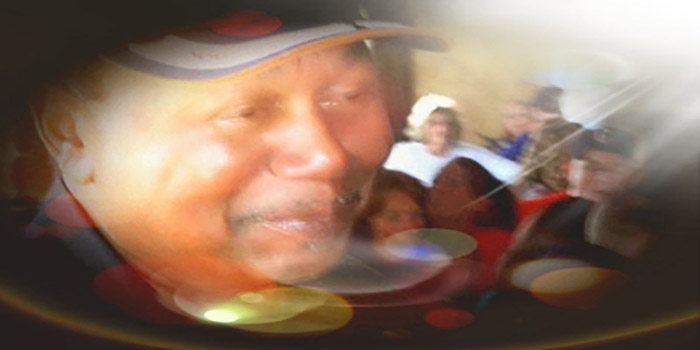 Well, I guess it’s that time. For the last week or so, it’s been increasingly on my mind…oh, how 4 years can seem like only 4 days or 4 minutes…

There are certain visuals and emotions from then that are permanently seared in my mind & heart. Though I think of my dad very often, this time of year for the last few years have had a particular resonance. I’ve had these thoughts before, but never put them to paper or keyboard, but it seems like the time to release.

To actually watch a loved one physically pass away is something I wouldn’t wish on anyone. The idea of being there to provide comfort or see them through to the final breath seems like a good one, but to actually witness the physicality of it, I would say for me was traumatizing. To see the man who represented love, strength, devotion, authenticity and so much vitality slip away was almost unreal. Without being graphic, seeing what the body does, what cancer did, in those final moments was not peaceful. And needing to be the strong one, not wanting the only other family member in the room, my mother, to see me cry and knowing I had to be there for her (as well as to my dad) was important.

I knew even then, that it would be a while before I would really get over witnessing life leaving the body of a man who carried me on his back and took me to the park when I was child, as well as could sit in a room with him silently watching the History Channel and feel like we had the most robust conversation.

His final breath on Friday, May 14, 2015, was a culmination of a week of very spiritual occurrences. It still amazes me how the week beforehand, when the doctor at the hospital said dad had a few weeks to a few months, I remember thinking “well, he doesn’t know my God”. Being the realistic optimist, and spiritually grounded person that I am, I went into the next couple of days not knowing how little time he had left. Transitioning to the hospice facility, which was gorgeous, and in retrospect, was peacefully fitting for the care dad would need. He had been alert and talking, however, by Monday, he mainly acknowledged us and visitors by slight head nods.

It was only then, that it began to seep in, that those “few weeks to months” we were told, would actually be only a few short days. For those next days, staying in the hospice room where I could see dad staring up at the ceiling, I wondered what he was thinking. Though not very physically affectionate, I remember at one point wanting to resort back to being a little girl and lay next to him, cuddled under his arm, but instead a sat in a chair holding his hand and prayed.

That Tuesday/Wednesday, I woke up in the middle of the night. Mom was asleep on a couch in the room. I felt compelled to walk over to dad’s bed and hold his hand. I’ll never forget that night. Though many may not believe in our connection to the spirit realm, I’ve long embraced it as other relatives previously passed. The following may seem crazy to some, however, in the time I was holding dad’s hand, I felt the presence of others in the room as well. I had on various occasions previously sensed my dad’s mother, Ma Maude often since her passing 10 years ago, and on that night her presence was there almost as clear as day. Her along with my dad’s dad, Grandpa, my great-uncle Henry, my brother and seemingly others that I couldn’t identify. It felt as though the spirits of passed family were coming to comfort and assure him in his road home. (Whew, as you can imagine, I’m in tears writing this).

For a while I was just quiet, but felt a sense of peace in the room. For those that knew, Fred Allen Holloway, you knew that he was quiet, and though not very tall in stature, had an strong unassuming presence. In the final months dealing with health challenges, he never complained, never acknowledged any pain or difficulties, and honestly, you never would have known what he was dealing with until the last 2 weeks. He was always there for everyone else and in being “our rock”, it became clear to me what I needed to say.

I had previously hoped we could do or find some regimen to fight what cancer was doing to his body. In my prayers, I knew God was listening and hoped His answer would be ‘yes’. However, in that moment that night, I accepted what was to be so. And while holding and caressing dad’s hand, I leaned towards his ear and told him, “Daddy, it’s ok. You can let go..you can rest”. I imagined he would concerned about my mom and things she had been dealing with and I wanted to assure him. And then I told him, “I got this. We will be alright”.

..and two days later, he was gone.

I often don’t share in this way because of the positive and uplifting person I seek to be. Well, I’m sharing this other side of what it can be like to grieve or miss someone no longer being on this earth. One reason is because its real. Death and loss is at times very difficult and has long lasting impacts. It’s important to recognize, accept and embrace all shades and sides of it.

Typically, you will see me sharing even about this experience from a space of gratitude. I recognize we miss loved ones and long for them to be with us, but as I often say..my dad was God’s first and foremost. And I’m simply grateful He gifted my dad to me for the almost 40 years I was blessed to have him in my life. For that is time that I will always cherish.

Though this time of the year can be challenging in remembering this time 4 years ago, it pales in comparison to the the days, weeks, and years of time, experiences, words, memories shared with my dad. And if anything, out of respect to his legacy and being his child, his namesake, like him, I embrace that quiet strength that he always had. And I’m grateful to him for giving that to me…and so much more.